Joining in with Suzzie for the Scavenger Hunt once again. As the weather was quite foul with lots of storms in the early part of the month, I found it harder than expected to come up with images for all the clues. 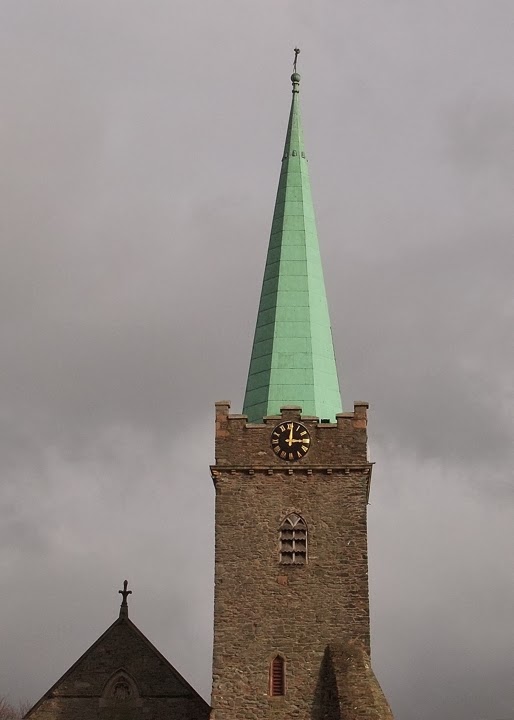 Finished work early so time to get a photo of the tower of Dundalk's St Nicholas Parish Church, popularly known as the Green Church because of its copper spire. It's the oldest building still in use in our town. 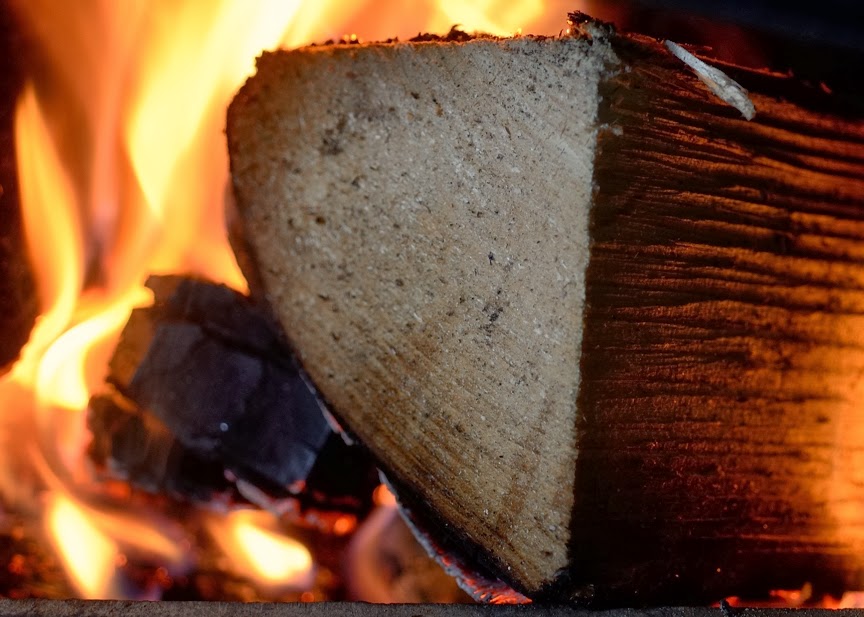 We buy logs from a local forester for burning during the winter months. 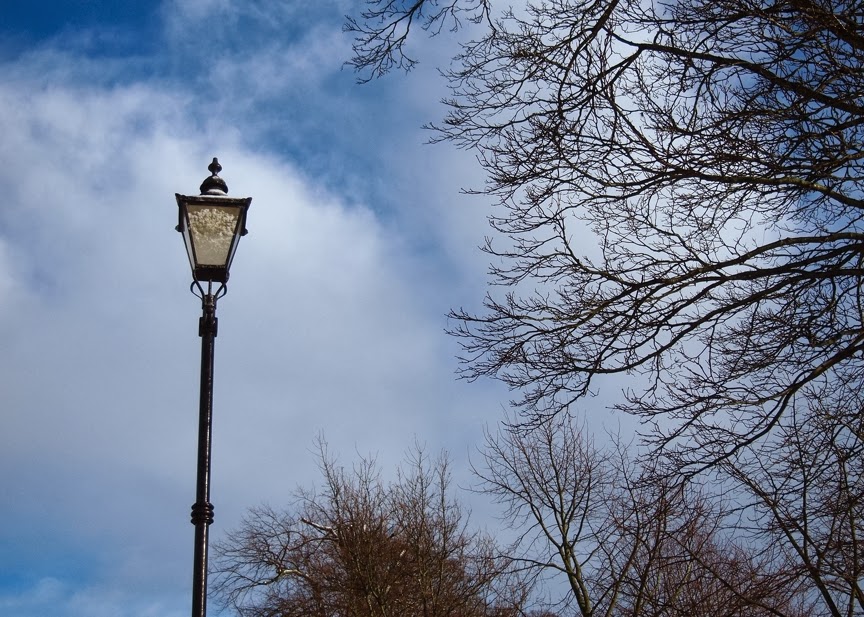 A dusting of snow on this street lamp on our one hour of snow this  year! 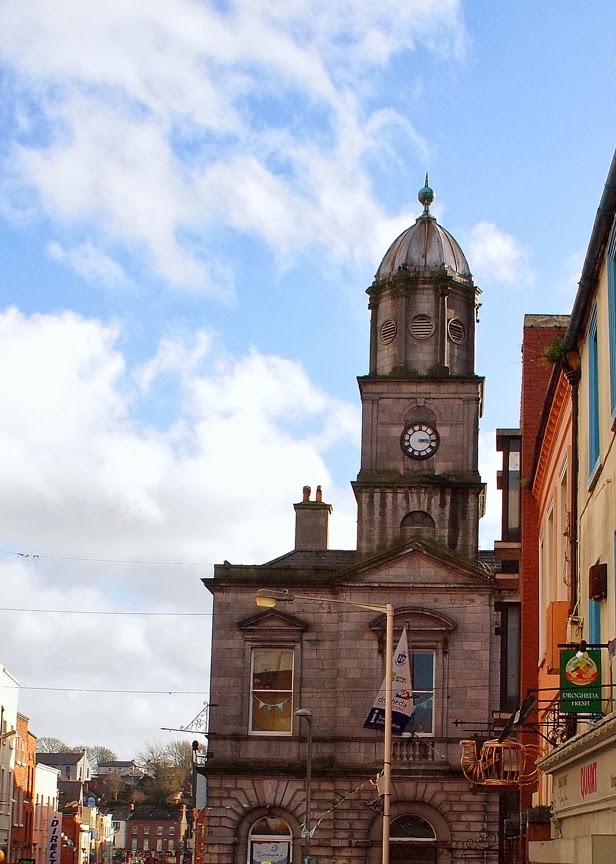 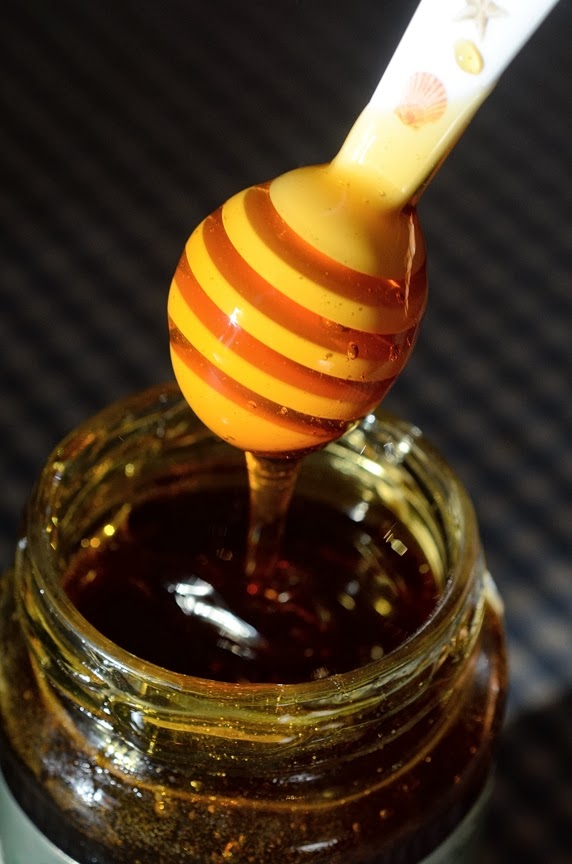 I like to put a little honey on my porridge for breakfast in the winter. 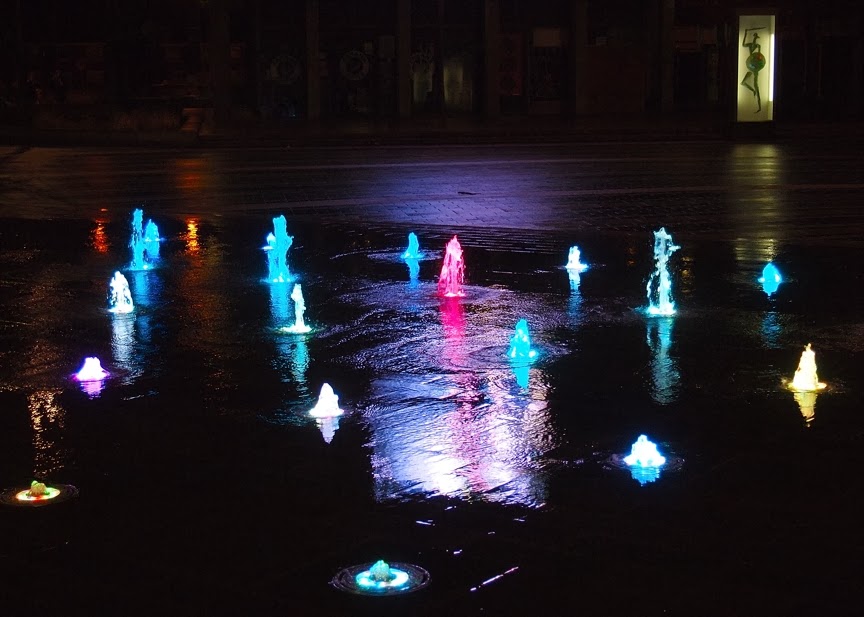 This is the fountain in Dundalk's Market Square. It's very popular with children and usually gushes  up much higher than this but it was on a  subdued cycle when I stopped to snap it on my way home after working late. I intended going back in the hope of getting a more impressive shot but it has been closed off due to roadworks ever since! 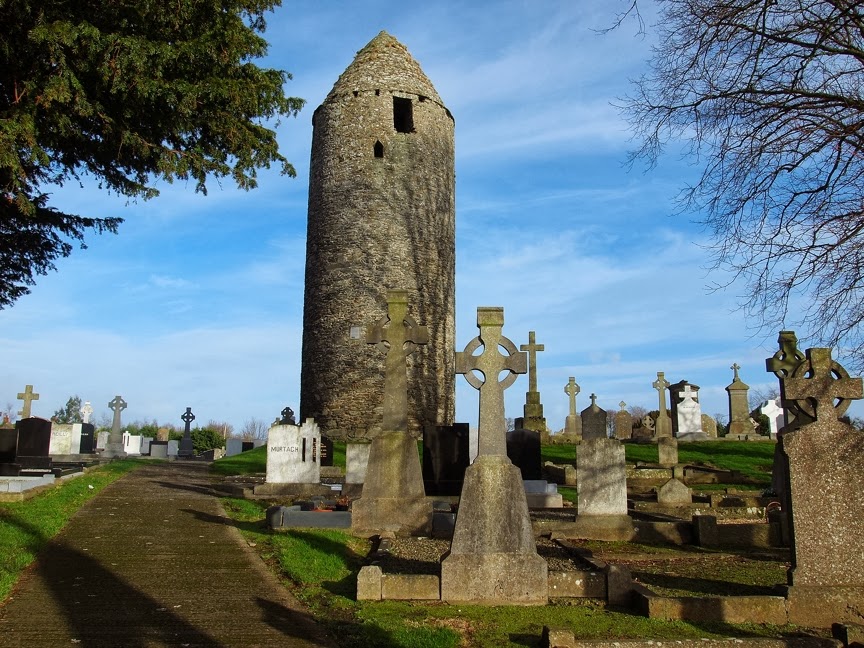 Ireland is famous for its round towers which were used by monks as a place of refuge during Viking invasions. This one at Dromiskin, Co Louth, dates back to the 12th century. It would originally have stood higher but the top was altered at some stage leaving it with a squat appearance. 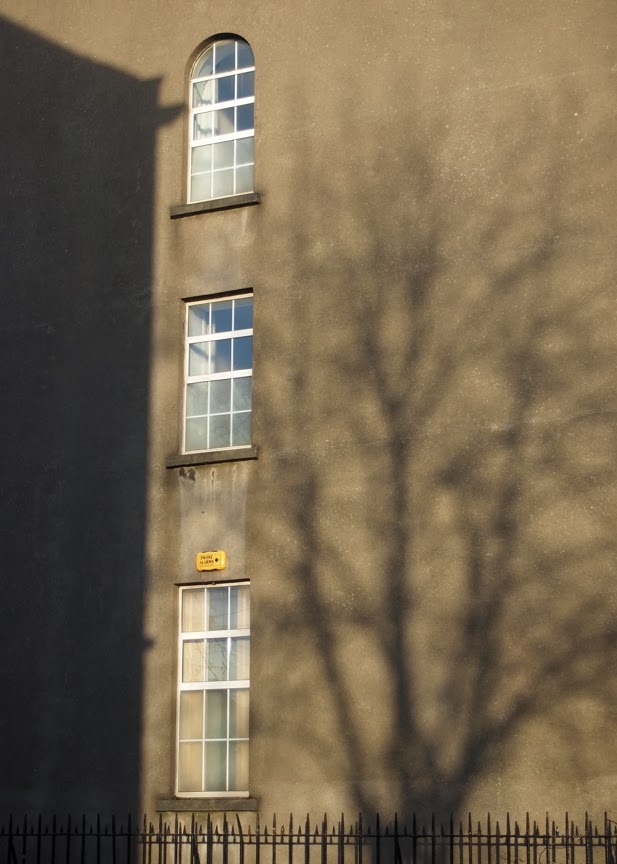 We had so much dull weather at the beginning of the month that it took me longer than I expected to get this shot of shadows on the wall of the old St Joseph's orphanage at Seatown Place, Dundalk. 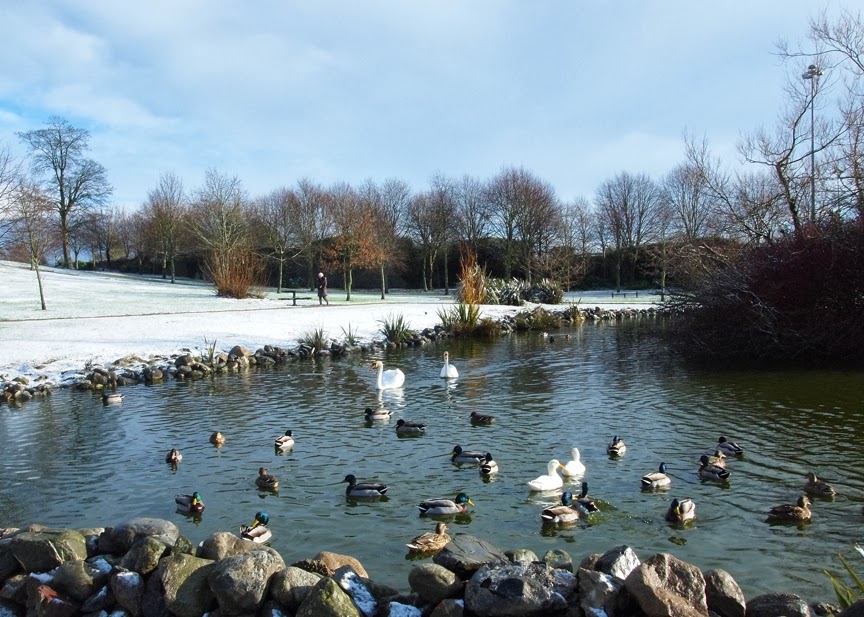 A group of birds including swans, mallard ducks, moorhens and gulls in Ice House Hill, Dundalk after a brief snow shower. 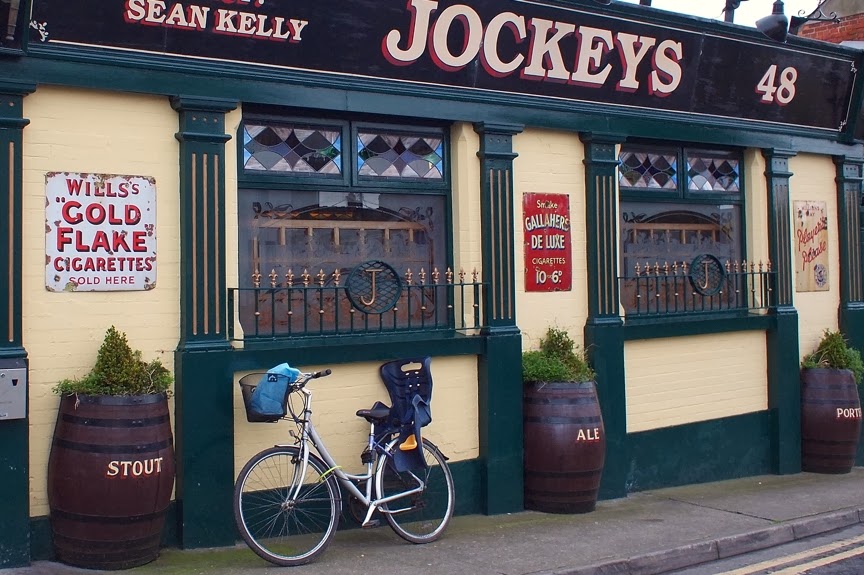 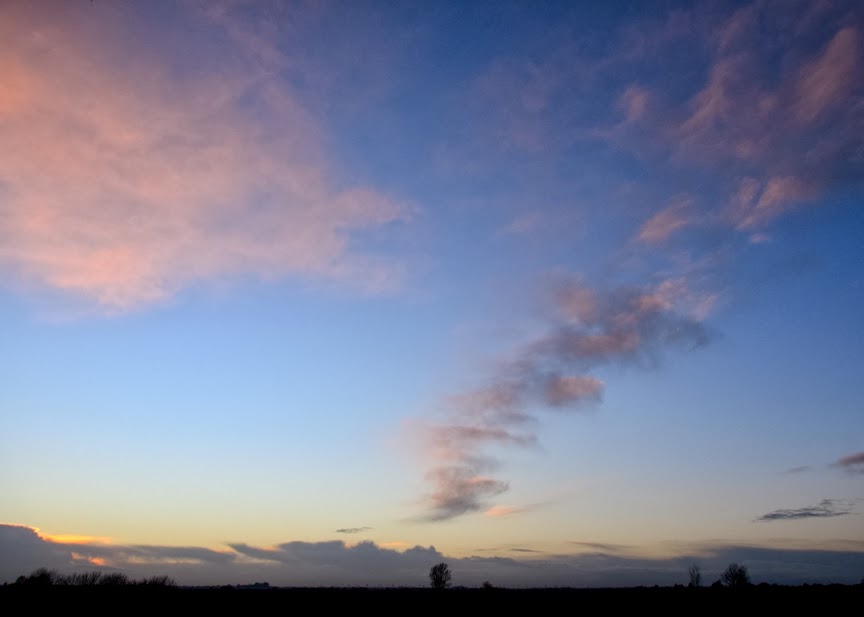 It's great that the evenings are getting brighter so I can get out to take photographs and walk the dog, and enjoy sunsets like this, after work.