Celebrations are being held this week to mark the 250th anniversary of the whitewashed  Church of St James, Grange on the Cooley peninsula, Co Louth. The people of the parish are proud
of their church and rightly so as it's very beautiful. 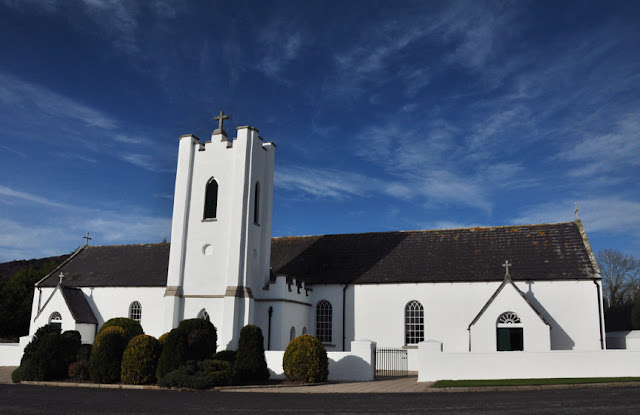 An American friend, who is fortunate to travel around eastern Europe a lot, asked me recently  about Irish churches as she likes to photograph the churches she comes upon on her travels.
As I began to tell her that, for the main, Irish churches are simple buildings, I realised that I also had to
give her a brief history lesson about how Irish Catholics were forbidden to practice their faith when the penal laws  were introduced in the 1690s. 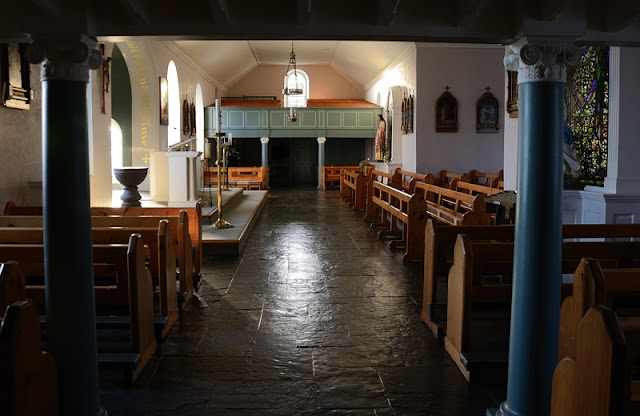 Most Irish churches date from the 19th century, but St James, Grange is one of oldest pre-Emanciation chapels in the country and is a fine example of what's called a barn-style church. 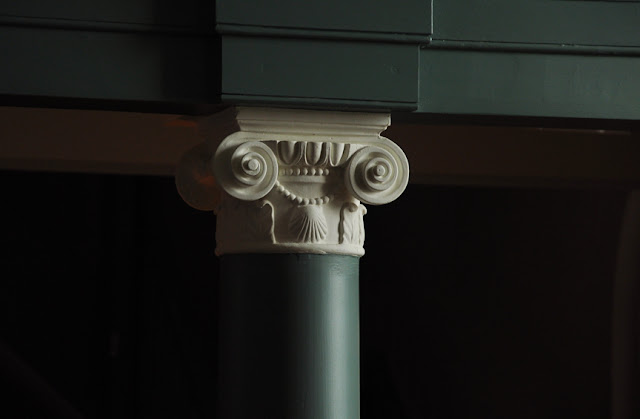 Built in 1762, it originally had a thatched roof and the bell tower and extension were added at a later date as the penal  laws relaxed.  Despite the simple style, the church has beautiful crafted details. 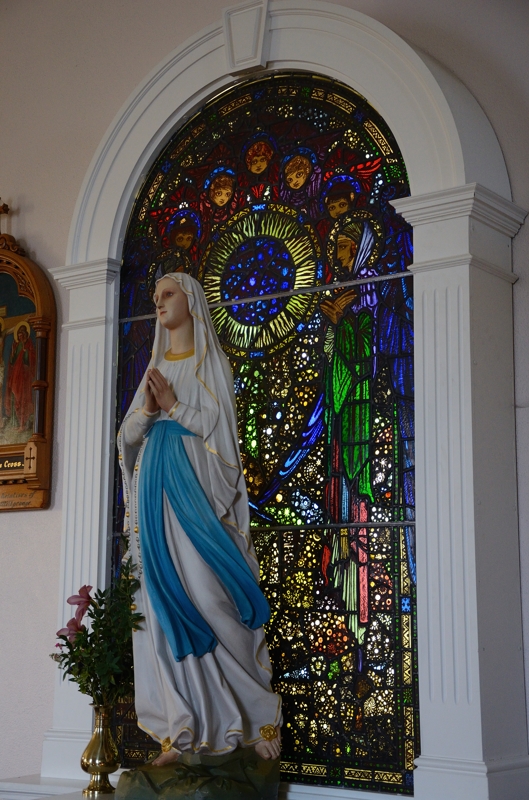 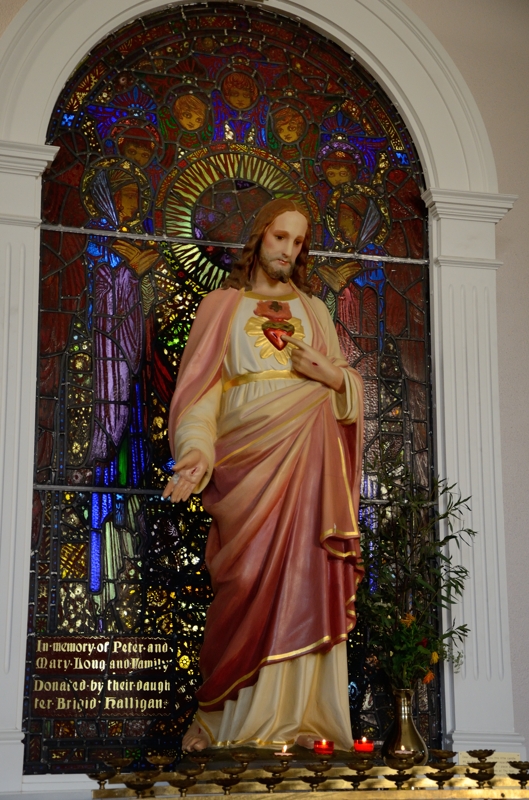 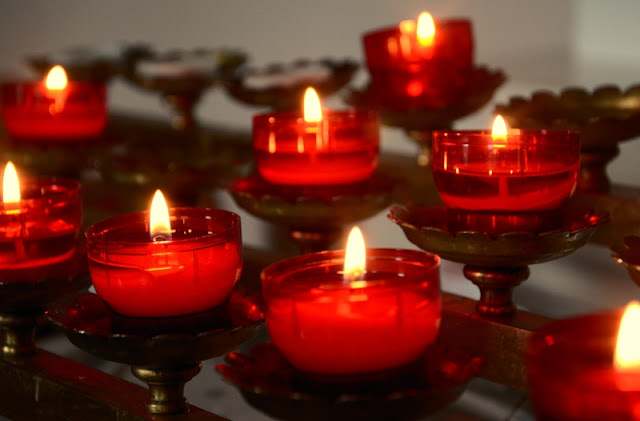