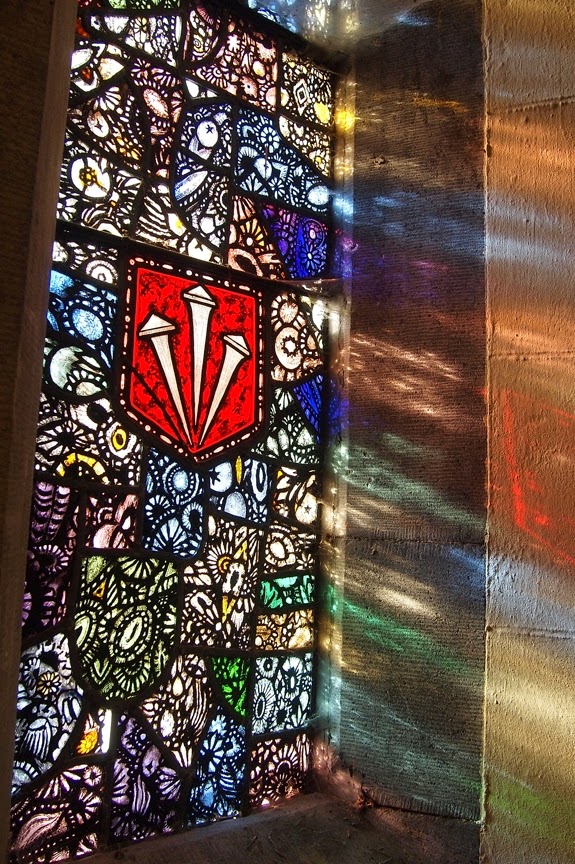 Drogheda. Lunchtime. I have a small window of opportunity to get a photo for my Photo A Day Project. I wander into a church and immediately I'm in awe as I see the light streaming through this marvelous window.
I didn't need the plaque underneath to know that it was by the famed Irish artist Harry Clarke. 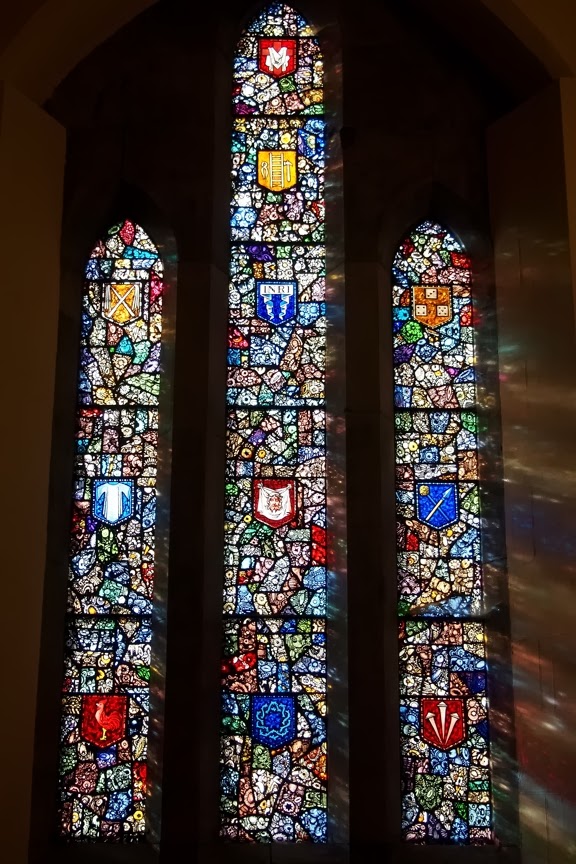 The Passion window, which tells the story of the Passion of Christ through  key motifs
including  the crown of thorns, nails, rooster, and shroud, was originally installed in the tower of the
Ausgustinian Church, Shop Street,  in 1927 but later relocated to the front wall of the church in 1979 as the tower was never finished. 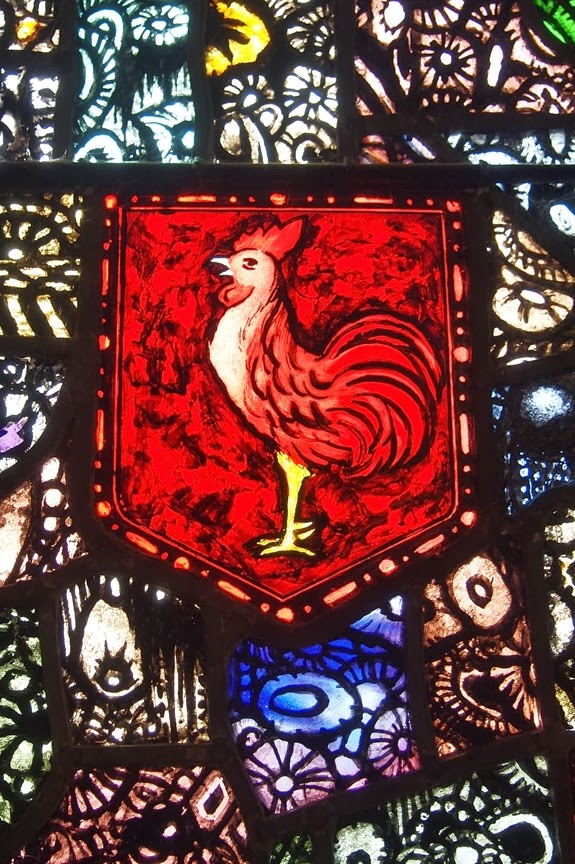 Born in Dublin on St Patrick's Day 1889, Harry Clarke was a noted stained glass artist and illustrator of books.
His father had a church decorating business and Harry studied stained glass making at the Dublin Metropolitian School of Art, winning a number of national competitions.
He received many important commissions for both church and secular work both in Ireland and further afield, and after  his father died, he took over the running of the stained glass studios.
One of his most acclaimed pieces was created for the International Labour Court in Geneva. However, the deeply conservative  Irish government which had commissioned it, didn't like it and it was never exhibited by the State. His widow, the Newry born artist Margaret Crilly, bought it back after he died of TB, aged 41. It is now on permanent exhibition in the University of Florida. 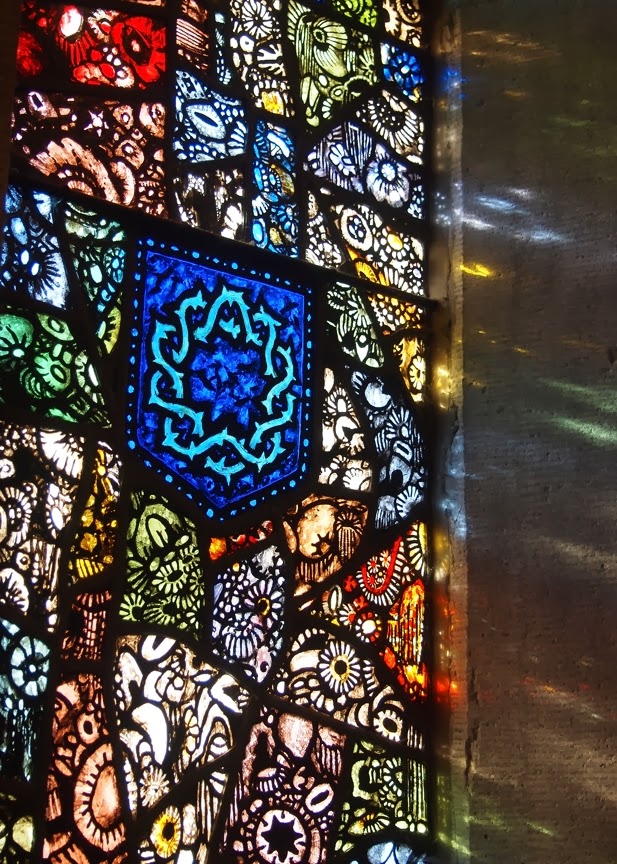 Many of his windows are to be found in churches throughout Ireland although not all those that are attributed to  him are actually by him, as the studio also produced windows without his input.
There were quite a number of people in the church while I was taking photos. Two ladies were having  loudly whispered chat, and one man wanted to know why I was taking pictures of the window. When I explained that it was by a famous Irish artist and that I thought it was beautiful, he admitted that he had never noticed it.  He then had a good look at the window and thanked me for bringing it to  his attention. That's one of the reasons I love photography - it helps you see things which you otherwise mightn't notice.