Lunch is always a problematic meal. If it's up to me, I'll make a sandwich. If it's up to himself, he'll open a tin of something. And the teenage offspring always has an opinion on what's served up, usually coming up with requests for something more elaborate than what's on offer.
Inspired by the many great Irish food bloggers out there and by Conor Pope's article in the Irish Times on how to save money by making soup for lunch, preferably using vegetables bought on special offer, I decided I'd make soup using the carrots I'd bought for just 29 cents.
I fancied making carrot and coriander soup and actually had the foresight to buy a pot of coriander when I did a quick grocery shop yesterday, but after consulting all my cookery books, I couldn't find a recipe. 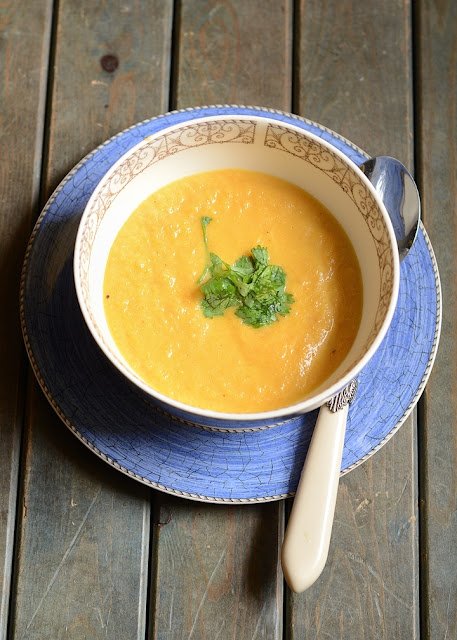 Time to turn to the excellent food section of the BBC's website and sure enough there was a recipe for carrot and coriander soup. The only trouble was, it called for a leek, which I didn't have, and half way through making it, I decided it seemed somewhat bland, so it was time to  improvise and add some spice. 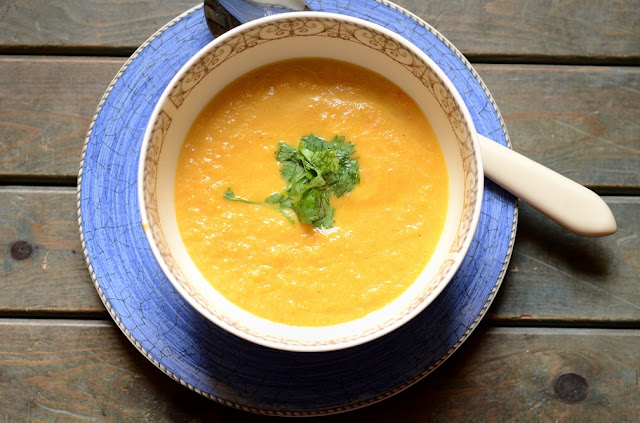 The result was declared tasty, and the carrot-hating teenager has actually said I can make it any time I like, so I guess it was a success all round.

In a heavy based saucepan, fry the chopped onion in the oil on medium heat for until soft and transparent.
Add the cumin, carrots, stock and bring to the boil. Reduce to simmering and cook for 20-30 minutes until the carrots are tender. Add the milk and simmer for five minutes.  Remove from heat and blend, using a hand blender or food processor. Check for seasoning and add salt and pepper according to taste.  Garnish with chopped coriander. 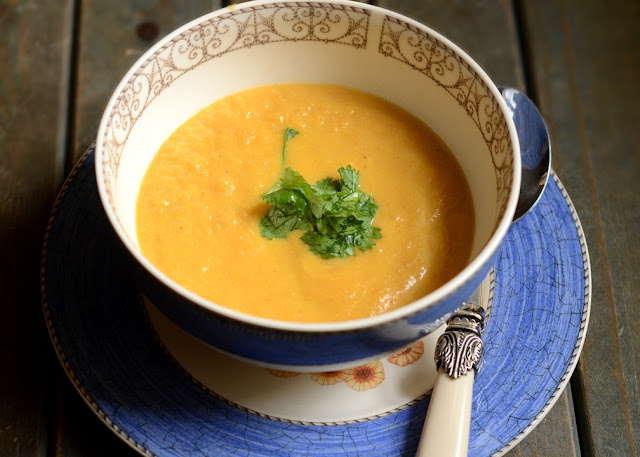