February 1st is the feast day of  St Brigid's Day in Ireland and is also considered to mark the beginning of Spring.
St Brigid is one of the great Irish saints and is closely associated with Faughart near the Louth/Armagh border. 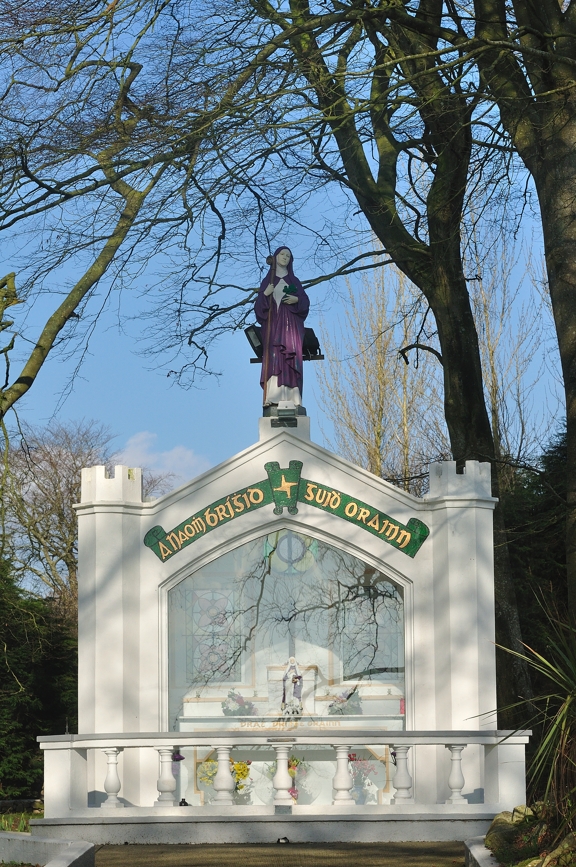 It is believed that she was born to a pagan chieftain Dubhtach and that her mother was a Christian, possibly a slave.
From an early age, Brigid was said to display goodness and kindness to the poor.
According to local legend, she disfigured herself by plucking out her eye so that she wouldn't be considered marriageable and she became a nun, later founding her own convent in Co Kildare.
As often happens, the story of this Christian saint most likely married elements of an earlier pagan goddess or goddesses also called Brigid.
Hundreds of pilgrims visit her birthplace in Faughart, where there is a stream and holy well, a  grotto and small church.

Here too,  superstition mingles with religion. Pilgrims tie strips of cloth and leave offerings such as holy medals and rosary beads on a bush, they kneel on the stone said to bear the indent of Brigid's knees, while a hole in another stone is supposed to be where she placed her eye. 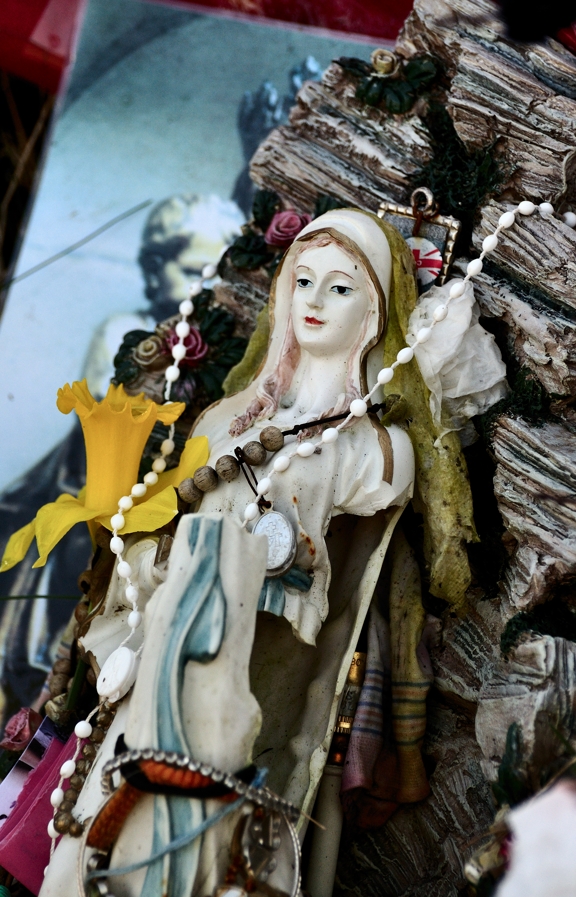 It's traditional to make St Brigid Crosses out of woven rushes and these are usually placed on the inside of the front door to ward off evil and misfortune.
The old celtic feast of Imbolc marking the beginning of Spring also falls today, although I always consider it a bit optimistic to think that Spring has arrived so soon although I did hear birdsong as I ate my breakfast this morning. 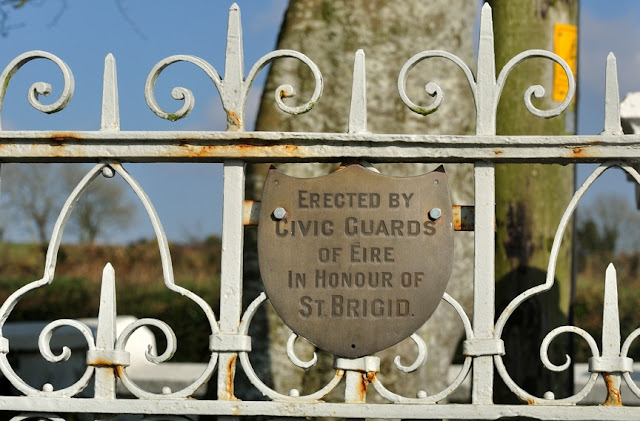