Christmas on the Beach

Whilst walking the dog along the beach  I found someone's Christmas today
Washed up with the usual floatsom and jetsam of seaweed and driftwood,  plastic containers and tin cans, dead birds and glass bottles, was somebody's Christmas. 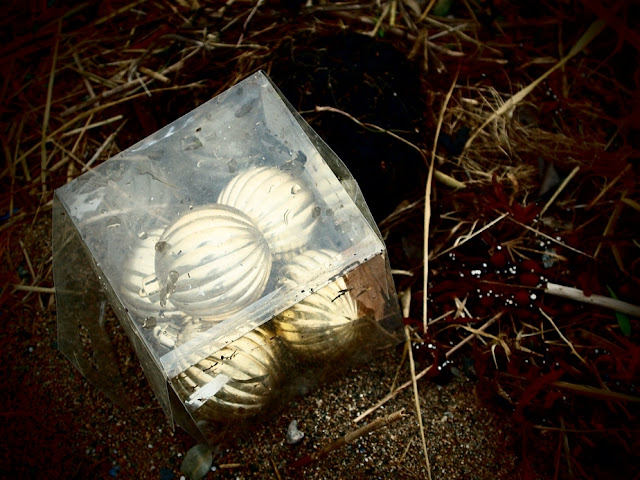 Baubles, some still in the box were they had been carefully  packed away, were strewn on the pebbles. 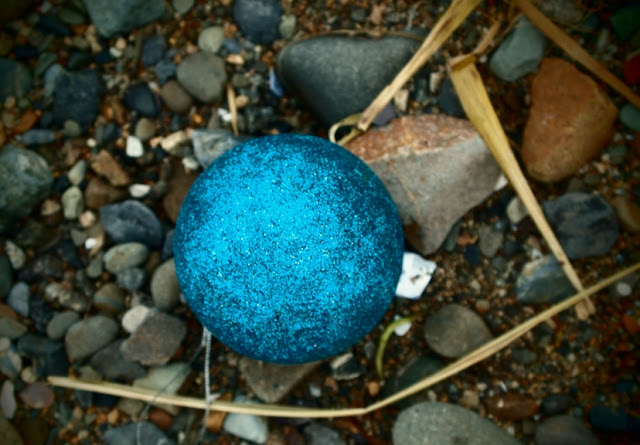 A little ceramic crib and singing carolers, one minus a head, looked strangely out of season and out of place on the edge of Dundalk Bay. 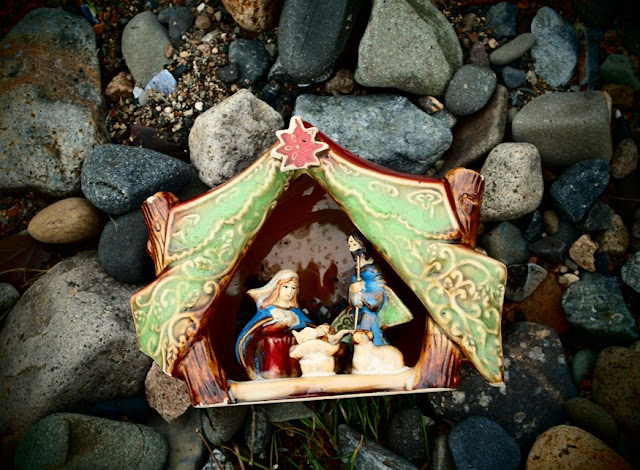 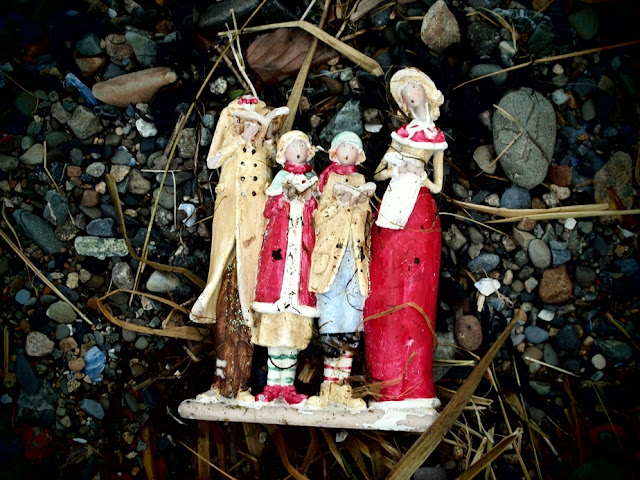 There was tinsel and fake holly twisted with seaweed. 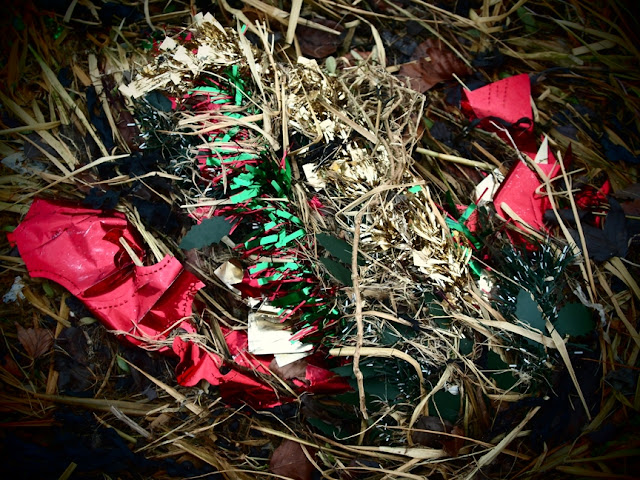 And a cassette of  'Give up yer aul sins' would never play again. 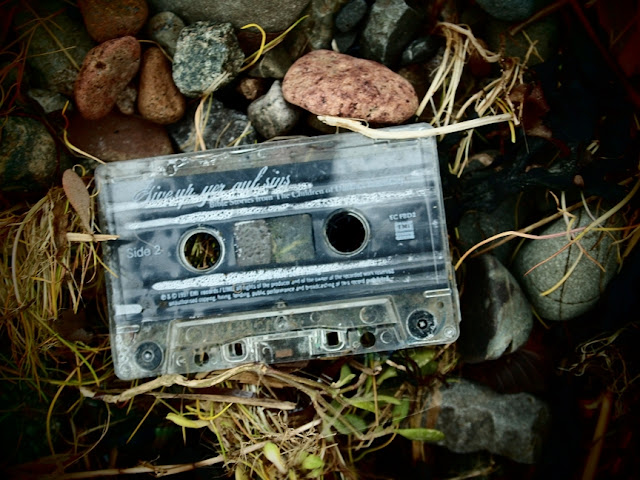 What had  happened to the owner of this Christmas?  How had their decorations ended up at high tide mark?
Had they moved house, emigrated or passed away? Or did they just decide they didn't like this Christmas any more and dumped it at sea?
My thoughts take flight and turn to fancy. Was it a post-modern art exhibition?
One thing is sure, no bin charges were paid before this puzzling, colourful and cheap plastic ended up
on our shore.