I always enjoy a photo scavenger hunt and sometimes join in on the ones over at Pbase.com so I was delighted when Louise at Ramblings of A Roachling posted a link to the hunt organised by Greenthumb.
As I only decided to join in today, I was lucky to discover that I had enough photos taken in January to match the topics - apart from one taken in late December.
I'll be much better organised in February -I hope!


J is for jewellery. 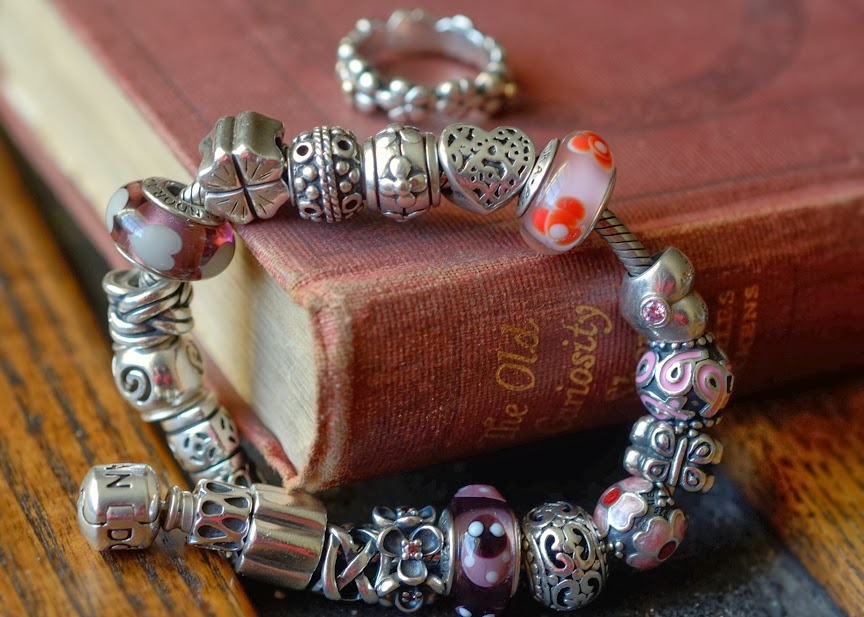 I don't have much 'good' jewellery, preferring cheap and cheerful costume jewellery. This Pandora bracelet and ring are among my favorite pieces as the charms were gifts from family and friends. 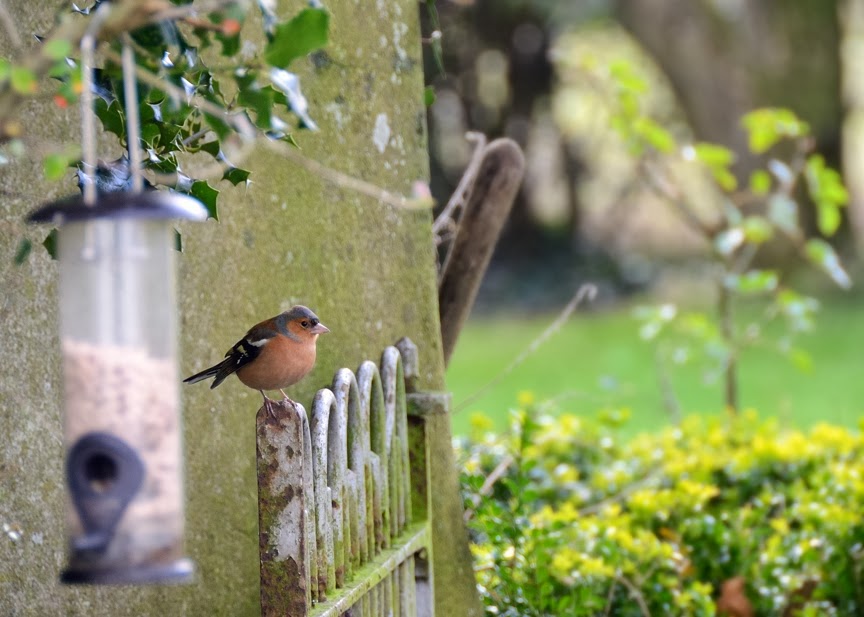 As I hadn't planned on taking part in the hunt, this was the most difficult photo to find. Taken during my  lunch break, a bit after 1pm. 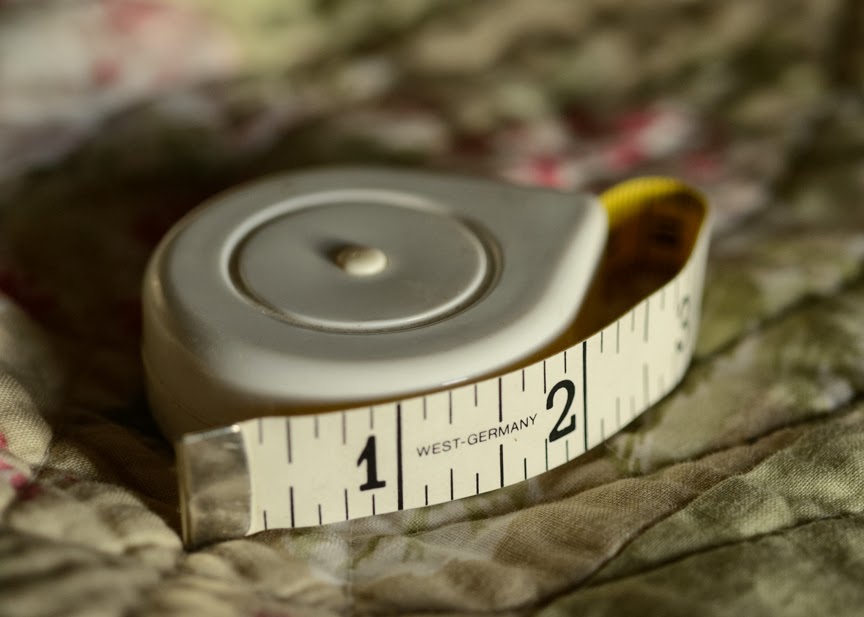 This tape measure dates back to when I used to do a lot of sewing - and to before the fall of the Berlin Wall! 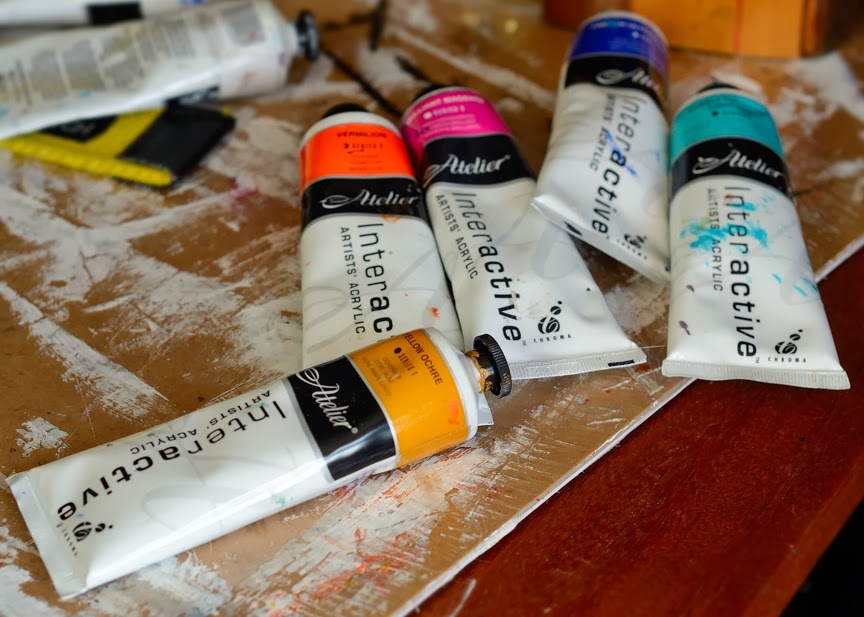 Tubes of paint belonging to my son who is hoping to go to art college. 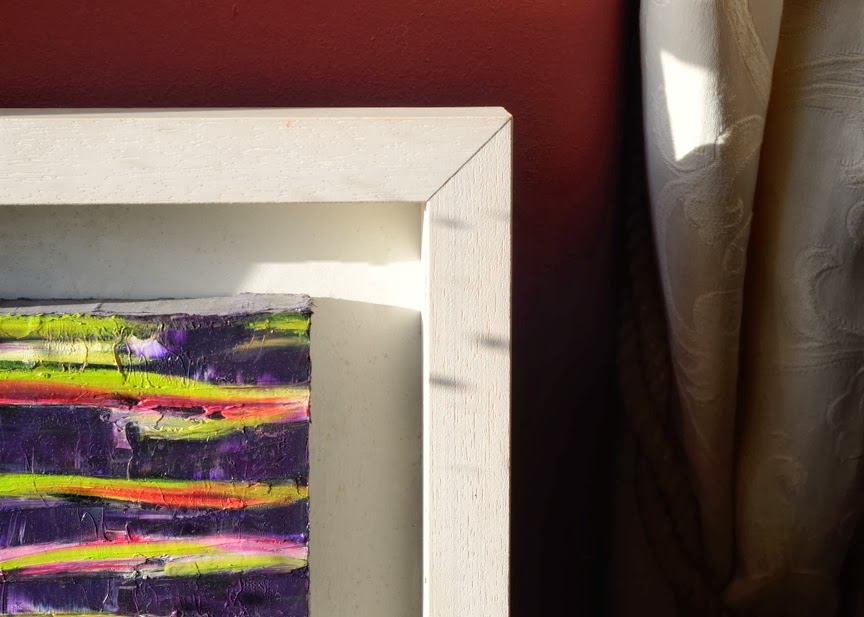 A corner of a vibrant abstract painting by an artist friend. 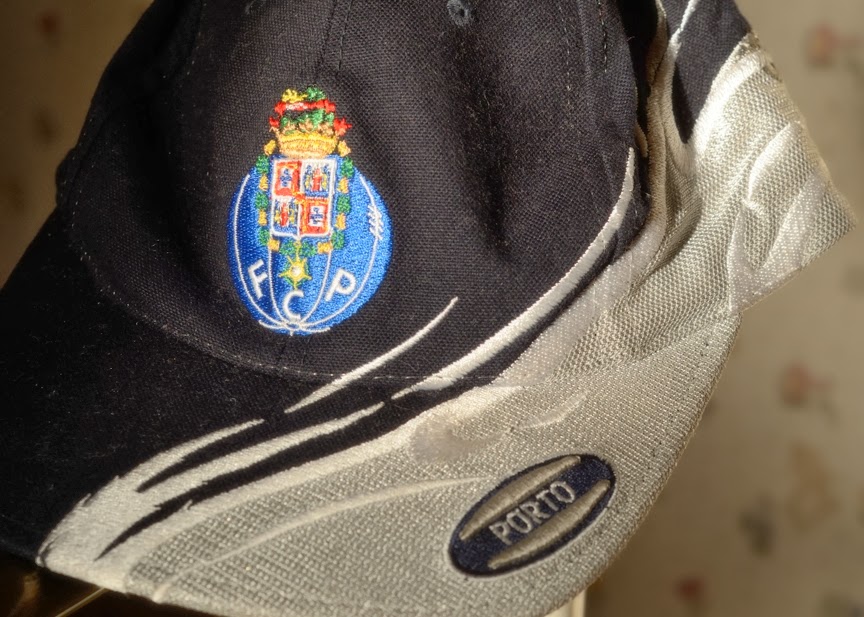 When our son was younger, he used to like to get hats from the local football club whenever we went on holiday. This one is from FC Porto - we were there when they won the league and there was great excitement as the whole city celebrated. 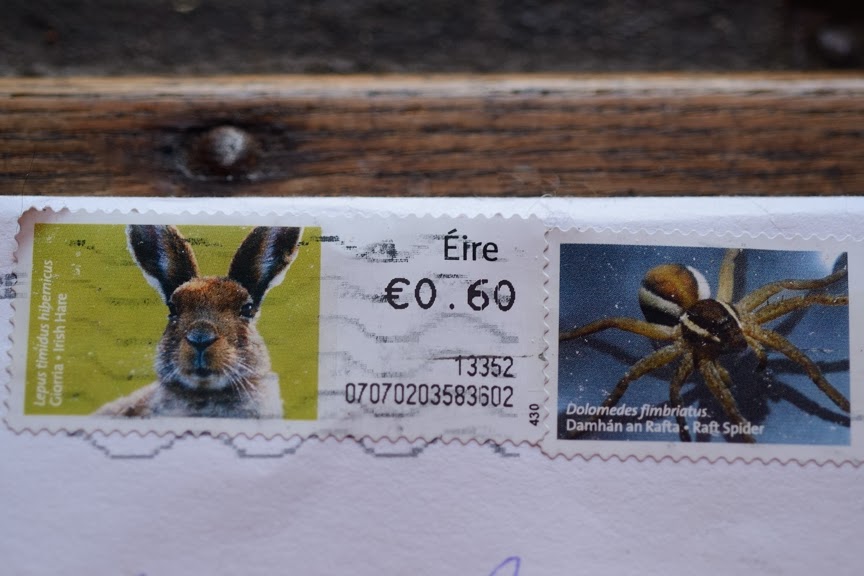 Stamps featuring Irish wildlife on a letter I received during the week. 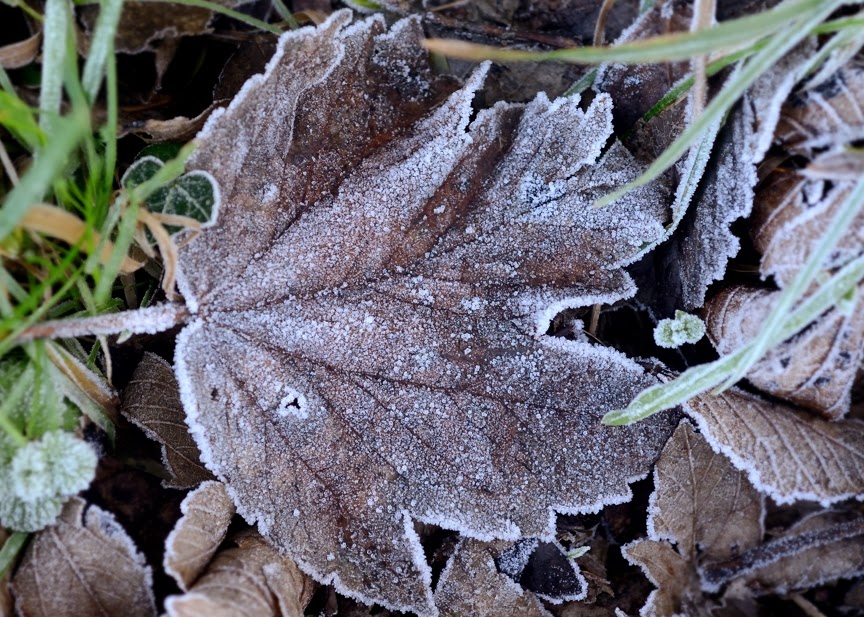 Frosted leaves on the ground. This one taken from the end of December as we haven't had much frost this winter, mostly wind and rain. 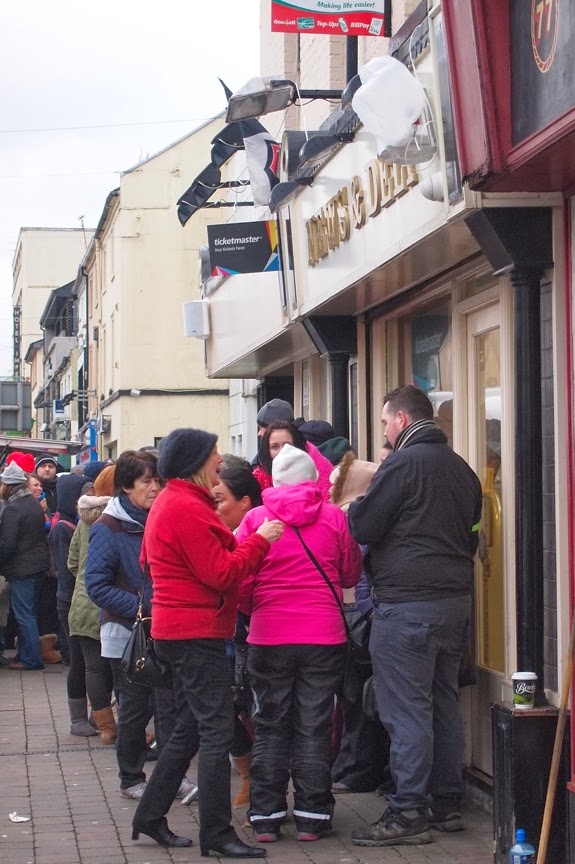 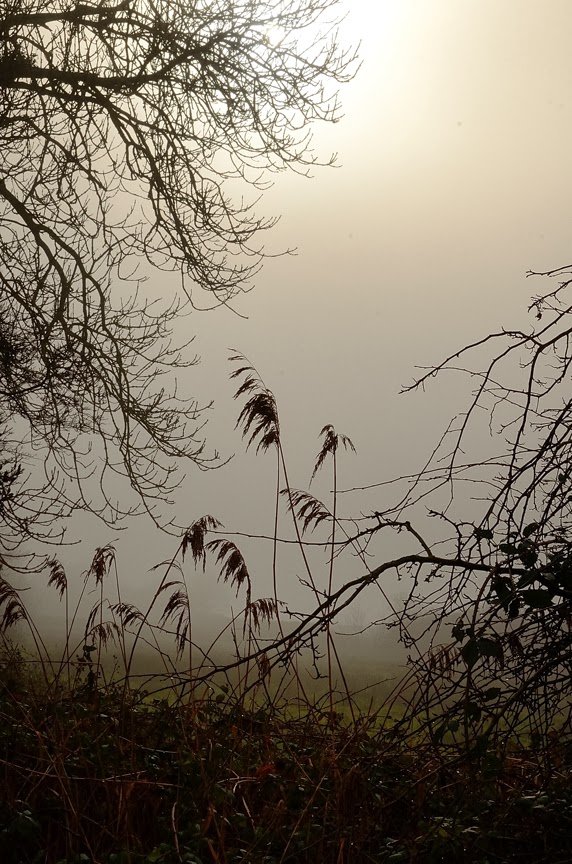 Fog is a natural occurrence which transforms the ordinary into something extraordinary. 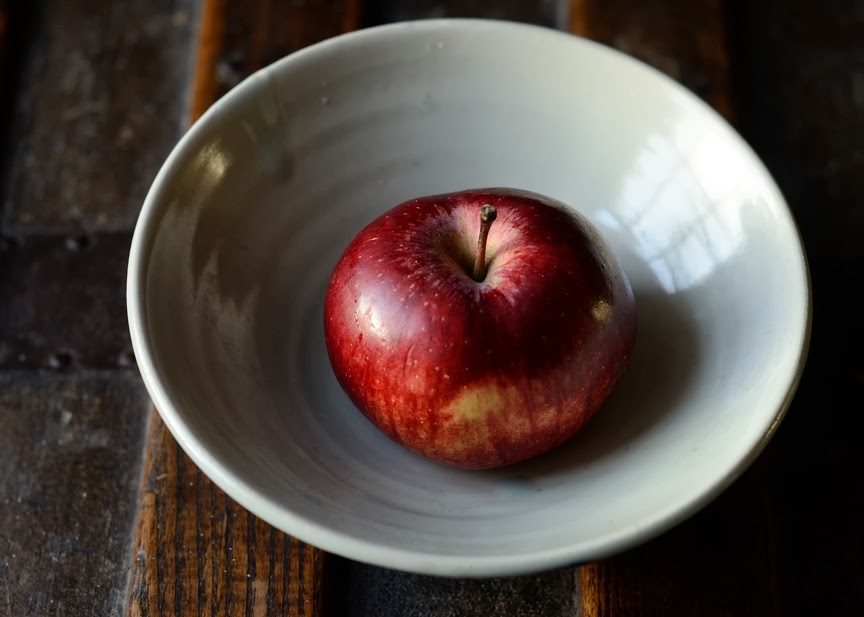 I'm planning to start a healthy eating programme in February, cutting out sweets, biscuits,  and other fattening options, and eating more fruit, salads and smaller portions. I did it in November and was pleased with the results. Now that Christmas and January are out of the way, I feel like getting back to a healthier and more energetic routine. 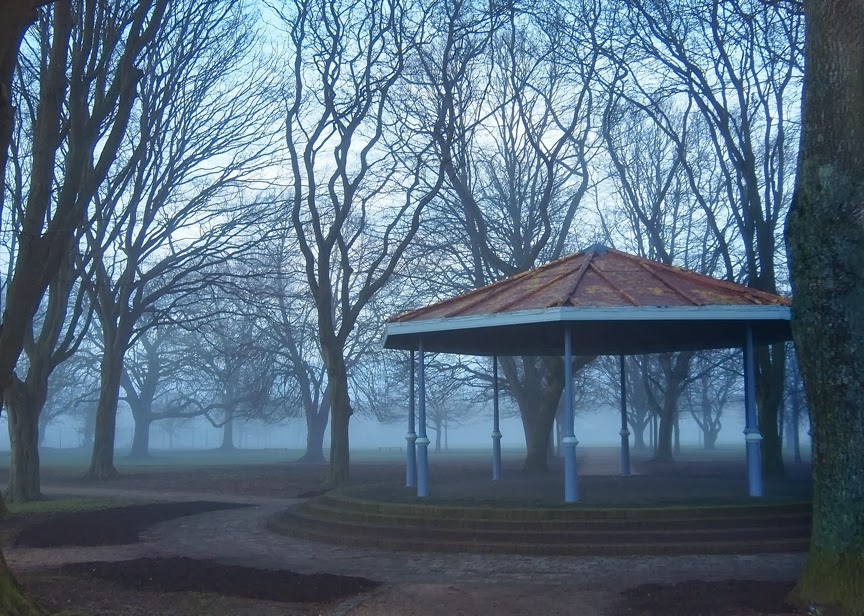 I like  the warm colour of the roof in our local park contrasted with the cool hues of a foggy afternoon.

I look forward to seeing what everyone else found in January.
Posted by Mairéad at 14:35