Who Will Guard Our Children? 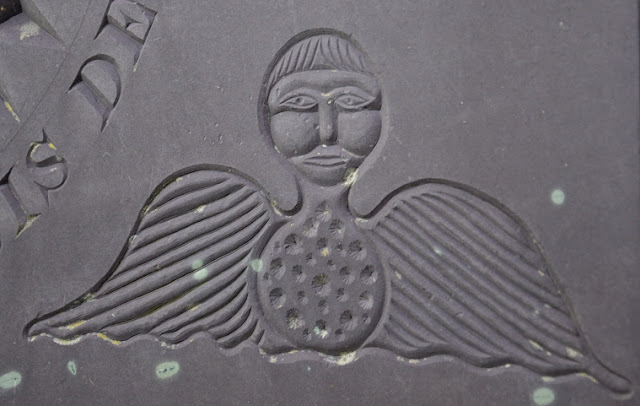 I wish there were angels. I really do. Guardian angels who could wrap bullet proof wings around frightened children in schools in America, on the streets of Syria, in the fields of Afghanistan. Angels which could comfort bullied schoolgirls, confused young men, and bring solace to heart-broken parents.
Instead of angels we have earthly guardians: police men and women, first responders and dedicated teachers prepared to lay down their lives for others.
But we need more than that. We need leaders, politicians and law makers who will put the interests of their people first. Who will take on the vested interests, be  it arms manufacturers, gun enthusiasts, or clashing warlords.
On this side of the Atlantic it seems incredible that there isn't a universal  clamour for the introduction of stricter gun controls.
Reading reports of the terrible tragedy in Newtown, it struck me as strange how  the prospect of a gun attack on a school is almost taken for granted. The school, in an idyllic peaceful community, had a 'lock down' plan for what to do should such an event happen, just as schools here have fire drills.
I couldn't believe some of the comments being made on Facebook - rather than calling for a ban on firearms, people were saying that teachers should be armed so they could shoot an intruder. Owning  guns didn't save Adam Lanza's mother but allowed  her troubled son to kill  her and then go  and slaughter twenty little children and their teachers.
Of course,  curbing or restricting gun ownership will be a difficult proposition in America where many closely guard their 'right to bear arms'.  While some will argue the historical context for this, lots of other nations have been born out of bloodshed but without their citizens having such a fixation with guns.
Others make the point that criminals will always get their hands on guns and this is true. But they generally don't go around shooting schoolchildren, students  or cinema goers. That  seems to be the preserve of troubled young men who have been able to get easy access to guns  in order to live out their dark fantasies.  Some commentators have made the point that mental health services need to be improved but in most cases the perpetrators of these horrific atrocities don't seem to have come to anyone's attention  until it is too late.
We have, thankfully, strict gun controls in Ireland. Yes, the paramilitaries did have guns during The Troubles and yes, criminal gangs have them today. But generally speaking, most people don't  have access to guns.  Farmers are the one sector of the community, apart from members of gun clubs, who can legally hold firearms, and sadly, disputes over land or family arguments are sometimes settled with
tragic consequences, which to me proves that access to guns makes violent killings more likely.
Here in Ireland, we another problem which is robbing families of young lives. There  has been a worrying increase in the suicide rate among our young people, not  just among young men but
recently among teenage girls.  One Donegal family is reeling after their two daughters, aged 13 and 15, took their own lives within weeks of one and other.
Little children, their families and communities, shouldn't have to suffer because societies can't face up to reality of  bullying, unemployment, alcohol abuse and mental  illness.