On The Road - Part One 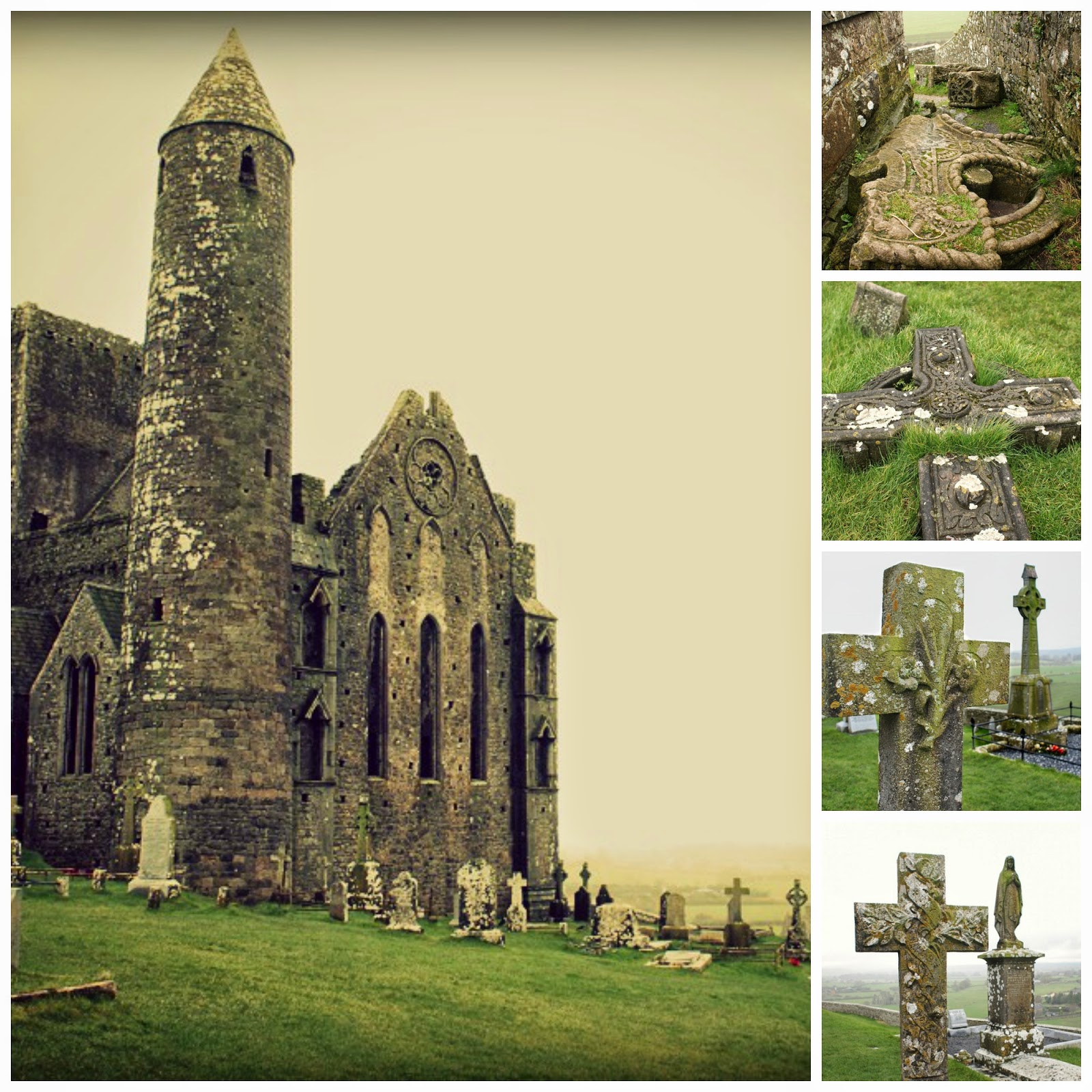 I sometimes feel ashamed that the average tourist who comes to Ireland sees more of the country than I have.
While I know our  own wee corner of the country quite well, I haven't seen many of the famous sights which attract visitors from all over the world to our Emerald Isle.
And the reason for that greenness - rain- is the very reason why summer holidays are usually spent somewhere around the Mediterranean as we like to get some sunshine with our culture.
Last month, as I took our son and his portfolio around a number of art colleges, I also managed to do some sight-seeing.
The Rock of Cashel, pictured above, attracts around half a million visitors a year, according to the helpful guide.
Thankfully, March is definitely not high tourist season in Ireland, so we had The Rock more or less to  ourselves, with just a handful of American and Italian tourists all enthralled by the old ancient stones atop a rocky outcrop.
As the wind whipped our faces, it was easy to see why the site  had been chosen, initially as a fortress, as it offers breathtaking views of the surrounding countryside - and any enemies that might be approaching!
Once the seat of the kings of Munster, the Rock of Cashel has been a centre of power going back to the 4th or 5th century AD.
In 1101, the King of Cashel gave the Rock to Church,  and shortly afterwards the first of a series of large ecclesiastical buildings were built  on the site,  including the impressive  round tower.
Cormac's Chapel, currently under conservation, was consecrated in 1134 and is one of the earliest and finest Romanesque churches in Ireland.
The Gothic cathedral dates back to the 13th century with alterations  added in the 15th century. It was used up until 1749. The graveyard  has been in use up until recent times.
Cashel itself seems a delightful town with lots of inviting shops, pubs and restaurants but unfortunately we didn't have time for any further exploration.
It is easily accessed, just a short distance off the M8 Dublin to Cork motorway. 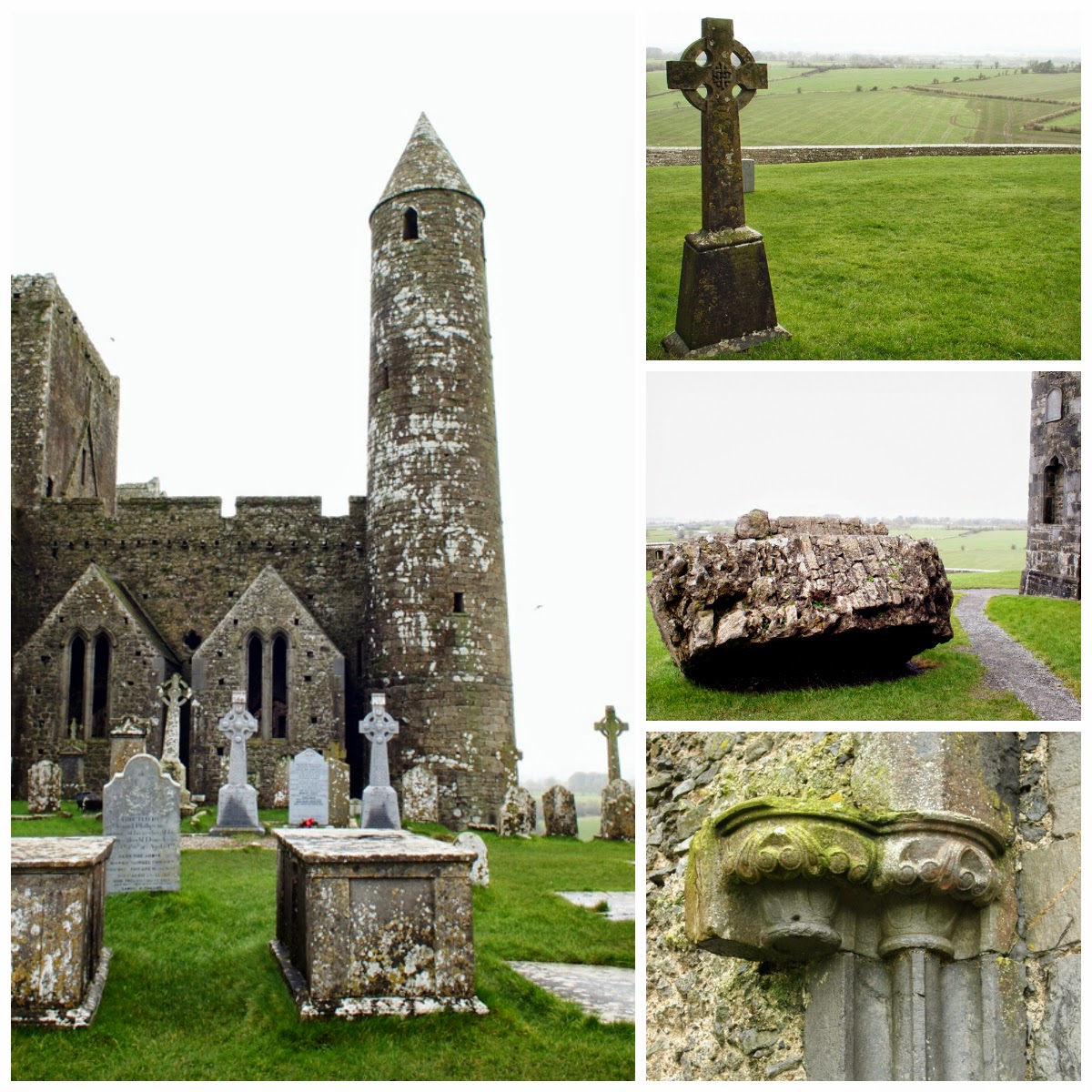